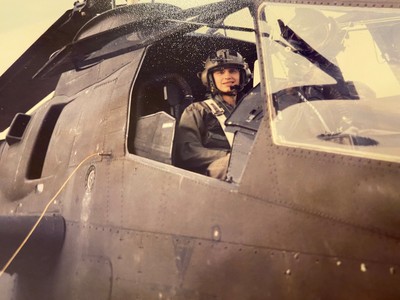 Dr. Macchiarella is an Embry-Riddle Aeronautical University professor in the College of Aviation. He was the Department Chair for 7 years and interim Dean for approximately 14 months. He is the author of over 38 articles and book chapters.

Dr. Macchiarella was in the U.S. Army Aviation branch. His wife, Sue, and his daughter, Amanda, are also U.S. Army veterans.

He was stationed in Germany for 5 years with the 3rd ID where he flew border missions. He and his wife were in West Germany when the wall came down. Additionally, Dan took an unaccompanied tour in Korea for a year where he flew the North/South border.

He has received numerous awards during his time in the military. He earned his Air Assault badge and is Airborne qualified. He also has the German Infantry Badge and earned his Mexican Army Jump Wings. He has flown numerous helicopters, including the Cobra and Apache helicopters.