Chip Wolfe served in the U.S. Navy from 1990-’94. He trained at the Naval Training Center Orlando and the Navy Technical Training Center, Corry Station in Pensacola, emerging in the intelligence field as a Cryptologic Technician, Technical (CTT3). Specialized training included Subsurface Augmentee Operator and a Top Secret security clearance.

After training Chip’s orders took him to the Naval Security Group, Misawa, Japan where he was stationed for the remainder of his enlistment (nearly 3 years). He specialized in enciphered communications, high-frequency direction finding, and search and rescue. In 1993 he received the Sailor of the Quarter for being the first to intercept and report on a highly sought after target transmitting out of South Korea.

While in Japan he took up many hobbies, many of which he still engages in today. Chip climbed to the top of Mt. Fuji (12,388ft), competed in his first mountain bike race, represented his base at the West-Pacific games in racquetball (placing 4th), and took up snowboarding on the powder fields of Northern Japan. 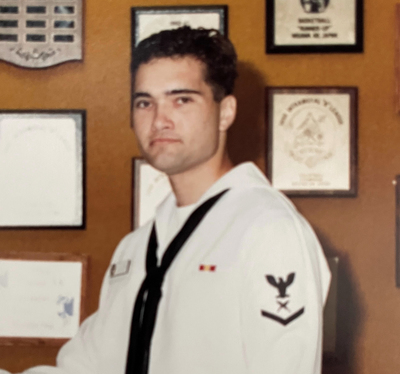