Air Force Brigadier General, William Spruance, was Chairman of the Board of Trustees at Embry-Riddle Aeronautical University from 1972-1987, when he was named Chairman Emeritus. For his service to the university, a house on the Prescott campus and the administration building in Daytona Beach were named in his honor. During his tenure, the institution grew to include the Prescott Campus and the Extended Campus, now Worldwide.

General Spruance was commissioned as a second lieutenant in the U.S. Army Field Artillery. As a First Lieutenant, he completed military flight training in 1943 and transferred to the Army Air Corps. He was a transport pilot who flew 362 missions in the China-Burma-India Theater in WWII. General Spruance was a founding member of the Delaware National Guard in 1946 and was promoted to the rank of Brigadier General in 1956. 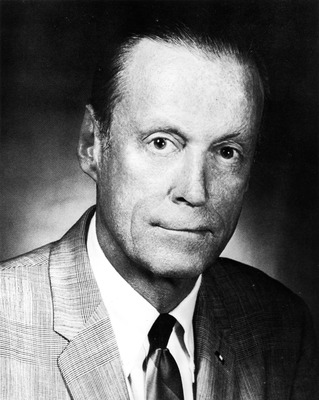