Robert Owen is a professor in the Department of Aeronautical Science at Embry-Riddle Aeronautical University, Daytona Beach Campus. He came to Embry-Riddle in 2002 as the AS Department Chair, where he currently teaches courses in manned and unmanned aviation operations, law, and history, and conducts research in national defense policy issues.

His aviation ratings include Air Force Command Pilot and Commercial Pilot designations, with over 4500 flight hours and experience in around 25 different aircraft. He has published four books and dozens of articles, most recently one pending publication by the University of Kentucky Press, Restraining Thor: Escalation and Escalation Management Between Peer Air Forces. He received an Associates in History (Foothill College, 1973), a Bachelor’s in African History, a Master of Arts in African Studies (UCLA, 1973 and 1974) and a Masters and Doctorate in History (Duke, 1990 and 1992).

AFROTC Detachment 055 at UCLA commissioned him in 1973. After completing Air Force flight training at Williams AFB, AZ in 1975, he served tours in Texas, Germany, and Little Rock flying C-130s, with an assignment as a professor at the Air Force Academy mixed in. While at the “Zoo”, he was privileged to coach the rifle team to a national championship, command the parachuting squadron, and flight instruct in the mighty T-41. His big accomplishment during that time, however, was convincing his lifetime sweetheart, Adrienne, to give up single life to marry a vagabond pilot. 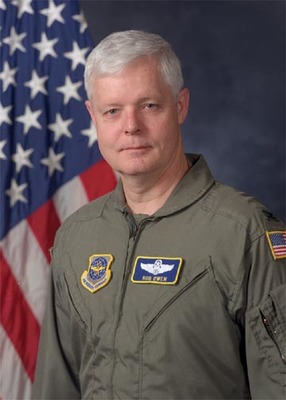