Dr. Mike Williams is a Professor of Management in the Department of Management, Marketing, and Operations in the David B. O’Maley College of Business at Embry-Riddle Aeronautical University in Daytona Beach, Florida. He has been with Embry-Riddle since 1984 and his academic areas of expertise include information and computer systems, radio frequency identification (RFID), intermodal transportation, and aviation maintenance management. He is an FAA certificated A&P Mechanic, Part 107 Drone Pilot, RFID+ certified and formerly an ASA accredited Aircraft Appraiser. Former positions held at ERAU include Chair of the Aviation Maintenance Technology Department, Chair of the Economics Finance and Information Systems Department, and most recently Dean of the David B. O’Maley College of Business.

Dr. Williams served in the U.S. Air Force from 1976 to 1982 and in the Florida Air National Guard from 1982 to 1983. He attained the rank of Staff Sergeant (E-5) before being honorably discharged from active duty in 1982, and the Air National Guard in 1983. After Basic Training at Lackland AFB near San Antonio, Texas, he attended Technical School at Lowry AFB near Denver, Colorado. His duties included serving as an aircraft weapons systems specialist on the B-52G Stratofortress, the F-4D Phantom II, and the F-15A/B Eagle. Service in the Florida Air National Guard was on the F-106A/B Delta Dart in Jacksonville, FL. 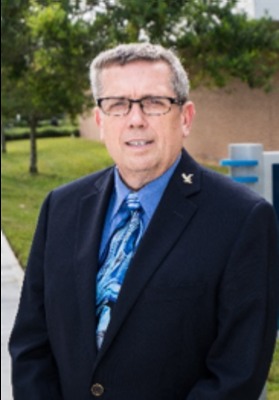