Dr. Cutrer is a retired U. S. Coast Guard captain (O-6), with over 31 years of service, and a faculty member at ERAU for over 16 years. Earning his military aviator "wings of gold" in March of 1981, he has accumulated over 5,200 hours flying in fixed-wing aircraft. Along the way, he also earned an FAA Airline Transport Pilot (ATP) certificate and an FAA Airframe and Powerplant (A&P) Mechanic certificate. His final assignment in the Coast Guard was as the Commanding Officer of the Aviation Technical Training Center.

He currently serves as the Associate Department Chair for the SSIA Dept. Dr. Cutrer also played a key role in instituting the ERAU Worldwide undergraduate degree program in homeland security (HLSD), serving as course developer for many of the courses. In his spare time, he teaches graduate, undergraduate, and professional program courses in aviation safety management and in aircraft accident investigation.

His academic credentials include a Doctor of Philosophy in Business Administration (specialization in Homeland Security) from Northcentral University in Prescott, AZ in 2012, a Master's Degree in Aviation Management/Safety from Embry-Riddle Aeronautical University in 2001, and a Bachelor of Science degree (majoring in Literature/History) from the University of the State of New York in 1993.

A native of the bayous of Louisiana, Dr. Cutrer is married, with two grown daughters and five grandchildren. He is into raising horses (currently owns about a dozen), making music, tinkering with computers, reading and writing fiction, and sharing time with his wife, Valerie. 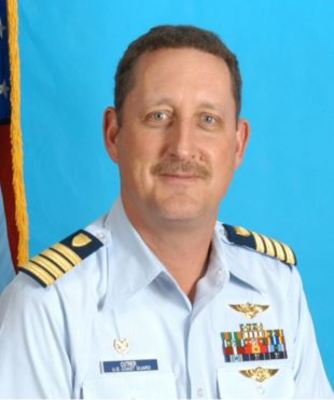