The Chancellor's Art Exhibit at Embry-Riddle 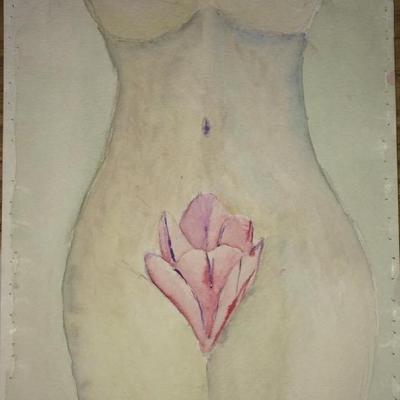 This piece was created by Patrick Conklin, the son of the Gaetz Aerospace Institute Director, Colleen Conklin when he was a senior in high school. The piece was banned from his local high school's AP Art show for being too graphic. Censoring of the piece actually brought attention to the issue of censorship and student art. It was publicly shown through a local art league. The situation was initially disappointing but then Patrick received coverage in a national art magazine. He received letters from woman who were struggling with infertility and health issues, who shared how his piece brought them comfort and peace. He has given several of the women copies and considers himself lucky that the situation actually took place. He has since been asked to share his piece in a woman's journal and book.