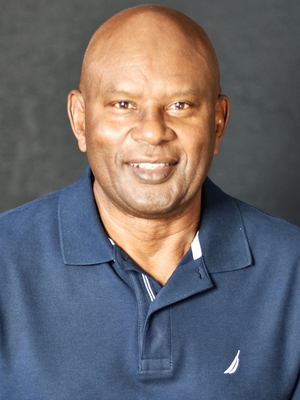 Donnie Cochran is a recognized leader in both the military and business sectors, who inspires high performance in individuals and organizations. Donnie’s achievements include the dual honors of being the first African American pilot to fly in the Blue Angels and the first African American Commander and Flight Leader of the Blue Angels, The United States Navy’s Flight Demonstration Squadron. He was a leader of a Fighter Squadron flying off the decks of aircraft carriers and a professor of Naval Science at Florida A & M and Florida State Universities. Donnie was also recognized as the 1989 Black Engineer of the year. After transitioning from the military, he spent three years at United Parcel Services (UPS) as a flight training supervisor and ten years as a leader in the Business Aviation Department of The Coca-Cola Company.

Donnie is routinely invited to speak to organizations regarding leadership, team building, high performance and adapting to changing business conditions. In unique and engaging presentations and conversations, Donnie shares the lessons that have allowed him to succeed in situations that demanded precision, teamwork, high-performance and flawless execution. In an honest and moving delivery of world-class content, Donnie motivates individuals to achieve successes in both their professional careers and personal lives. He also shares some of the hard lessons on leadership and team behaviors that can cause an individual or an organization to fail.