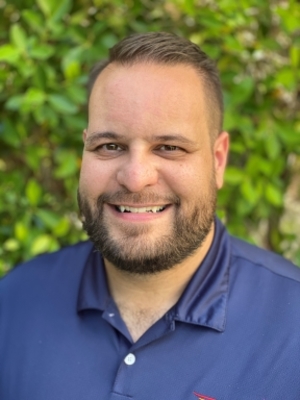 Martin Rottler currently serves as Manager, Partnerships & Outreach for Envoy Air in Dallas, TX. In this role, he oversees the Envoy Cadet Program, which partners with 40 universities and flight schools around the United States to provide students with a designed pathway from flight training, to Envoy, and, ultimately, American Airlines. In addition to leading a team of management recruiters, pilot recruiters, and support staff, Martin also is responsible for the airline’s K-12 outreach efforts and diversity & inclusion partnerships with organizations such as Women in Aviation, the Organization of Black Aerospace Professionals, the Latino Pilots Association, and NGPA, the Worldwide LGBT Aviation Community. He has served in this role since May of 2019.

From 2011-May 2019, Martin was a Lecturer and the Industry Relations Coordinator for the Ohio State University’s Center for Aviation Studies in Columbus, OH. As part of that role, Martin taught courses in aviation management & marketing, aviation regulations, airline labor relations, and an Introduction to Aviation course. As the Industry Relations Coordinator, Martin was responsible for the department’s airline, business aviation, and airport partnerships, which included hiring agreements, capstone projects, and internship creation/recruitment. From 2013-2016, he served as a visiting professor for Korea Aerospace University in Seoul, South Korea as part of the school’s International Summer Program.

A recognized expert in the areas of pilot supply and university/corporate partnerships, Martin has presented to a wide variety of government stakeholders, industry associations, academic conferences, and other nonprofits. He currently serves as the Secretary for the University Aviation Association and as a Director for NGPA’s Board of Directors. He has also served as the Chair of the Young Member’s Council-Aviation and is an appointed member of two Transportation Research Board Aviation Group committees. He has worked extensively with NGPA and WAI, serving as advisor for student groups at Ohio State and volunteering with local chapters in Dallas and Columbus. Martin holds a Bachelors degree and a Masters degree from the University of North Dakota and is a Commercial Pilot as well as a Certified Flight Instructor.