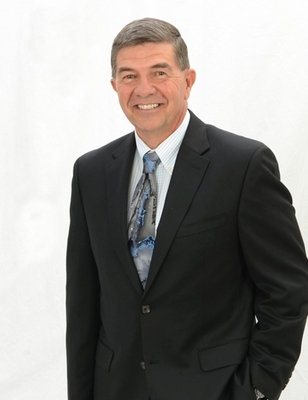 Dr. Tony Kern is the Founding Partner and CEO of Convergent Performance, LLC., a veteran-owned small business in Colorado Springs. Convergent was formed in 2003, and is specifically dedicated to reducing human error and improving performance in high risk environments such as aviation, military operations, surgical teams, law enforcement, and oil and gas. Tony is one of the world’s leading authorities on human performance in time constrained, error intolerant environments, and has lectured on the subject around the globe for over two decades.

Dr. Kern has received multiple awards for his work, including Aviation Week & Space Technology 2002 Laurels Award for Outstanding Achievement in Government and Military, the University Aviation Association’s John K. Lauber Safety Award (2015), and the Flight Safety Foundation-Airbus Human Factors in Aviation Safety Award (2015). While Tony is grateful to have won these and other awards, it’s a completely different honor to have an award named after you. In 2015, the National Business Aviation Association (NBAA) announced the creation of the Dr. Tony Kern Professionalism in Aviation award, and at the NBAA National Safety Forum in 2016, NBAA President Ed Bolan announced the first 19 award recipients.

Dr. Kern has authored eight books on human performance, including the award- winning “Plane of Excellence” trilogy (Redefining Airmanship, Flight Discipline, and Darker Shades of Blue; McGraw Hill 1995, 1997, 1999). Broadening his approach beyond aviation, his “Empowered Accountability” series (Blue Threat: Why to Err is Inhuman and Going Pro: The Deliberate Practice of Professionalism; Pygmy Books 2009, 2011) creates a 21st century guide to extreme professionalism. His newest book (The Ghost of Nathan Hale; North Slope Publications 2016) remains in line with Dr. Kern’s passion for identifying and reducing threats. In it he details how declining public trust in government is an existential threat to America and the world itself, and provides strong motivation and a step-by-step path for restoring the integrity of government. A prolific writer, Tony is also a featured columnist and Contributing Editor for Skies and Vertical 911 magazines. In addition, Dr. Kern has been interviewed regarding his methodologies by the Fox Business Network, Bloomberg TV, the Discovery Channel, National Public Radio, NBC Nightly News, and 48 Hours with Dan Rather, among others.

Despite his three graduate degrees, Dr. Kern does not consider himself an “academic.” He has deep operational roots in the U.S. Air Force as a Command Pilot and Flight Examiner in the B-1B bomber, as well as diverse senior staff and leadership experience, including service as the Chairman of the U.S. Air Force Human Factors Steering Group, and Director and Professor of Military History at the USAF Academy. Upon retirement from the Air Force in 2000, Dr. Kern served as the National Aviation Director for the U.S. Forest Service, where he directed the largest non-military government aviation program in the world in support of federal wildland fire suppression. Tony is a graduate of the Federal Executive Institute and the U.S. Federal Government Senior Executive Service Development Program.

Tony has dedicated his adult life to helping individuals and organizations reduce error, mitigate losses, and optimize their performance, but still finds time to enjoy his personal hobbies of hunting, fishing, sports of all kinds, and writing. He currently lives with his wife of 29 years and their seven dogs in Woodland Park, Colorado.