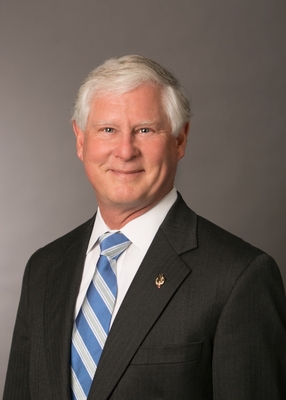 Born in Chicago, his family made a corporate move to England when Captain Ziskal was 8 and returned to the U.S. when he was 17. During those years, he attended prep and boarding school and developed a love of cricket, captaining three teams. He attended many air shows, developing a deep respect for the heritage and traditions of the Royal Air Force. His family also traveled extensively throughout Europe returning every few years to the US via transatlantic air. These airline trips and the international travel formed a foundation for a life spent in three distinct paths of aviation, traveling the world.

Captain Ziskal flew open cockpit gliders at 13, and soloed an airplane before he could drive. He attended more formal flight training at the University of Illinois in the Institute of Aviation and graduated with a liberal arts B.A. This general aviation path included flying skydivers, instructing in gliders and various general aviation clubs in Europe and the U.S. and flying a corporate Lockheed Jetstar. He is current CFI and in April 2017 was awarded the prestigious FAA Wright Brothers Master Pilot Award.

The second aviation path began the day after his last college final as Captain Ziskal began a 20 year Air Force career. He was a distinguished graduate of Air Force pilot training and spent five years on active duty flying Special Operations MC-130s (Combat Talon) in Germany. The mission was low level, terrain following, covert operations working with the various Special Forces of different countries in Europe and the Mideast. He spent another fifteen years in the Air Force Reserves flying tactical airlift C-130s as an instructor and flight examiner out of Chicago O’Hare.

The attraction of that airline career was too strong and Captain Ziskal began the third path of his aviation experience in 1976 when he was hired by American Airlines. He was promoted to captain in early 1987 and check airman in 1991. Captain Ziskal has flown in several civilian and military air shows. He also has flown multiple inaugural flights including the first twin engine revenue trans-Pacific flight and the first ever RNAV procedures in South America. The latter was accomplished at the FIDAE Aviation Expo in Santiago, Chile in a Boeing 777 with a passenger list that included the FAA Administrator and the chief of civil aviation and the Air Force of every Central and South American country. Captain Ziskal has also authored procedures for international operations, check airman training and simulator training. During the 2004 Mideast conflict Captain Ziskal ran the Civil Reserve Airlift operation for American from Frankfurt and flew the first American flights to Kuwait over Egypt and Saudi Arabia and later over Iraq carrying troops and equipment to support the war effort. He retired in 2011 after 35 years with American at seniority #6.

Captain Ziskal has accumulated over 27,000 hours of flight time and has made more than 2,000 Atlantic and Pacific crossings. He has carried over 850,000 passengers to all of the inhabited continents, logging in excess of 6,800,000 miles.

Captain Ziskal holds a Master of Education degree from Wayne State University. He is also a Senior Analyst for BRZ, Inc. specializing in ASAP safety trend analysis for the U.S. Navy. He lives with his wife, Dr. Robin Rose, a CEO with Girls, Inc. Jacksonville, in St. Augustine, FL. They have 3 married daughters and 6 grandchildren.