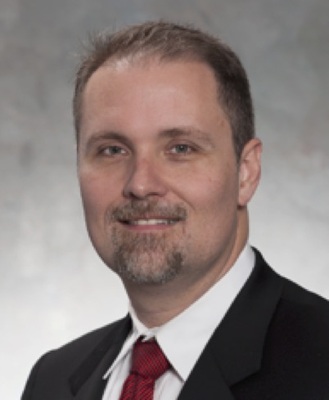 Dr. Phillip T. Meade is the Chief of the Spaceport Management and Integration Division within the Spaceport Integration and Services Directorate at NASA’s Kennedy Space Center (KSC) in Florida. Dr. Meade leads a division responsible ensuring the effective and efficient operations of the spaceport by integrating the operational activities of all government and commercial spaceport users. Additionally, he oversees the implementation of commercial agreements and the provision of spaceport services and infrastructure to commercial partners. Dr. Meade is responsible for developing and overseeing the policies and processes for operating a multi-user spaceport, including the launch of FAA licensed commercial vehicles from KSC.

Dr. Meade has served in various leadership positions across the Kennedy Space Center. Most recently, he served as the Chief of the Planning and Operations Branch in the Ground Processing Directorate (GPD), where he was tasked with providing operational support to the Ground Systems Development and Operations (GSDO) Program, the International Space Station (ISS) Program, as well as commercial partners. During his tenure in the GPD, he also served as the Chief of the Studies and Analysis Branch providing Center architecture and strategic planning recommendations in support of GSDO and KSC’s evolution to a multi-user spaceport. In addition, Dr. Meade also directly supported the Chief Engineer for Command and Control in the development of the new launch control system while simultaneously leading the configuration management group for that project. Dr. Meade served as the Chief of the Workforce Planning and Information Systems Office at KSC where he led a team responsible for the strategic plans and recommendations during the difficult transition of the Space Shuttle Program workforce into new developing Programs at KSC. Dr. Meade was actively involved in planning for a complex, multi-disciplinary workforce that included recommendations for center wide hiring, recruitment, student programs workforce analysis, and the development, upgrade, and maintenance of Human Resource Information Systems.

Following the Space Shuttle Columbia accident, Dr. Meade was asked by Center Leadership to develop a plan for the organizational and cultural changes necessary for return to flight at the Kennedy Space Center (KSC). Serving as the KSC Change Manager, Dr. Meade employed innovative techniques to align organizational systems, processes and leadership behaviors to drive sustainable change. Dr. Meade developed the strategy and led the implementation of an integrated and comprehensive framework for change management. Under his leadership, the organizational and cultural changes instituted at KSC were recognized as the benchmark for the entire Agency.

Due to the success of these efforts, Dr. Meade was charged with creating an Organization Development group for KSC. In this role, he was responsible for directing the leadership development, succession management, knowledge management and performance management processes and systems. Dr. Meade led an innovative project to use System Dynamics modeling to simulate organizational behavior. He assisted KSC in restructuring to execute the President’s Vision for Space Exploration, and actively built and expanded the organization development capabilities at the center. He consulted on a major structural reorganization at KSC designed to support a shift in the Center’s core mission – a transition which impacted roughly 80% of the workforce, and required new competencies and leadership roles.

Dr. Meade’s early career was spent in the payload processing organization where he supported the test and integration of Spacelab missions, Partial Payloads, and the International Space Station. Dr. Meade has also worked in both biomedical engineering and rapid prototyping. While working at the Wenner-Gren Research Laboratory, he had the opportunity to perform research on the effects of electromagnetic fields on developing nerve tissue. His experience in rapid prototyping has given him an understanding of injection molding, vacuum casting, and stereo lithography techniques.