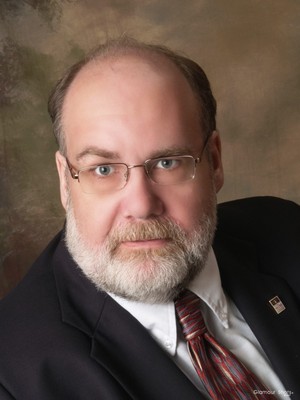 James A. M. Muncy is the founder and principal of PoliSpace, an independent space policy consultancy that helps space entrepreneurs and ‘intrapreneurs’ succeed at the nexus of business, public affairs, and technology. His current clients include several companies and organizations in the emerging commercial launch and human spaceflight industry, ventures offering commercial services to NASA science and spaceflight programs, and firms developing operationally responsive launch capabilities for the U.S. Air Force.

In 2003-4 and again in 2005 Muncy led two successful space industry lobbying campaigns: winning enactment of the Commercial Space Launch Amendments Act of 2004 (P.L. 108-492), and securing an amendment to the Iran Nonproliferation Act so NASA could buy commercial space goods and services which included Russian content.

Muncy has worked for the first two American Spaceflight Participants who purchased trips to the International Space Station. He has also provided policy research and communications services to a number of advanced Air Force military space projects. Muncy regularly participates in, or helps to lead, strategic business planning activities for his commercial clients.

Immediately prior to establishing PoliSpace, Muncy spent over five years working for the U.S. House of Representatives. From 1997 through early 2000 he served on the Profes-sional Staff of the House Science Committee’s Space and Aeronautics Subcommittee. In addition to being Chairman Dana Rohrabacher’s staff designee, Muncy held the lead responsibility for issues and programs such as reusable launch vehicles, NASA space flight commercialization, military space technology, export control reform, range modernization, and future NASA programs. Prior to this, Muncy spent over two years on Rep. Rohrabacher’s personal staff as his Legislative Assistant for Space.

In the mid-1980’s Muncy worked for two and a half years as a policy assistant to President Ronald Reagan’s Science Advisor, Dr. George Keyworth, in the White House Office of Science and Technology Policy, and served as the White House’s Staff Liaison to the National Commission on Space. While working at OSTP he had the opportunity to contribute substantially to several Presidential addresses on civil and military space policy.

Muncy began his career in space policy in 1981 as a staff advisor in the Office of Congressman Newt Gingrich, where he helped Mr. Gingrich co-found the Congressional Space Caucus and developed visionary space policy legislation and outreach initiatives.

A long-time leader in the space advocacy community, Muncy co-founded the Space Frontier Foundation in 1988 and served as its Chairman of the Board for six years, and was reelected to the Board in 2007. Earlier he had served on the Board of Directors of both the National Space Society and the L5 Society. He is a frequent speaker, writer, and media source on space policy issues and civil, military, and commercial space programs.