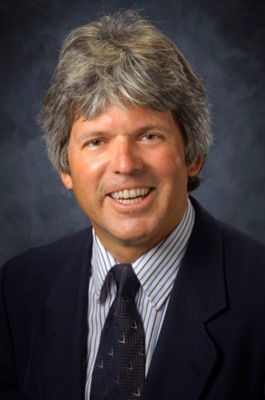 Dr. Mark Skinner joined Boeing in 1999 as a senior scientist and technical manager with the Science & Analysis (S&A) team on Maui, Hawaii, where Boeing operates the Maui Space Surveillance System for the Air Force Research Laboratory (AFRL). The S&A group conducts research into observational and analysis techniques to advance the state of the art in space surveillance. In 2015 he joined Boeing Research & Technology in Albuquerque NM.

Since 2005, he has also served as the program manager for the Broadband Array Spectrograph Sensor (BASS), leading a collaboration between Boeing, The Aerospace Corporation and AFRL in developing infrared sensing techniques of resident space objects.

Skinner specializes in the techniques of non-resolved object characterization (NROC) and non-imaging space object identification (NISOI), and has extended this research into both the infrared and time domain arenas. His current research focus is on the detection and characterization of orbital debris, with an emphasis on debris in the geosynchronous orbital regime (GEO).

He is also the head of Boeing’s Commercial SSA thrust being conducted with the Boeing Satellite Systems Customer Support group in support of Boeing's commercial satellite customer base. The project aims are to develop techniques and technology that would provide space situational awareness information for conjunction analysis and anomaly resolution to GEO satellite owners and operators.

Skinner began his career in aerospace in 1991 at Pennsylvania State University as a research faculty member, were he delivered the CUBIC X-ray CCD camera to Argentina, to fly on the SAC-B mission. He also worked on NASA’s Chandra great observatory mission. Afterwards, he continued involvement with Chandra, Kepler, and additional civil space new business work as a Senior Systems Engineer after moving to Ball Aerospace in Boulder, CO. There he also served on the NASA Structure and Evolution of the Universe technology government advisory committee, where he provided input to the NASA Strategic Plan for cryogenics and detector technology for future (next 25 years) NASA Space Science missions. For the last five years, he has served as a delegation member for the US State Department to the UN COPUOS Expert Group on space debris and space situational awareness at international meetings.

Skinner has published and presented scores of technical papers for various journals and conferences, including the International Astronautical Congress, Acta Astronomica, SPIE, Nuclear Instruments and Methods, the Astrophysical Journal, and the Astronomical Society of the Pacific.