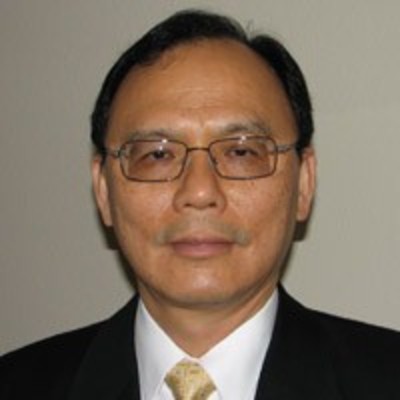 Dr. Jer Chyi “J.-C.” Liou is the Orbital Debris (OD) program manager and NASA’s chief scientist for OD in the OD Program Office (ODPO). In this role, he is responsible for interactions with other U.S. and international agencies and organizations, policy development, and NASA's strategic plans for the OD environment, debris mitigation, risk assessments and spacecraft protection.

Liou first came to Johnson Space Center (JSC) in 1994 as a National Research Council post-doctoral research fellow working with the late Herbert Zook on interplanetary dust, asteroids and the Kuiper Belt dust disk. In 1997, he started his career in OD as a contractor supporting the program office and then as a project manager for a contractor OD team. He later held the position of section manager for contractor OD and Hypervelocity Impact Teams before joining the ODPO as a civil servant in 2008.

Liou led the development of NASA’s Orbital Debris Engineering Model, ORDEM2000, and the long-term OD evolutionary model, LEGEND. He has led several key NASA and international studies to investigate the instability of the OD population in LEO and to quantify the effectiveness of environment remediation options. In addition, he directed the ODPO development of new technologies for micrometeoroid and OD in-situ impact detection, including the DRAGONS system, and served as the principal investigator and co-investigator of Science Mission Directorate-funded sensor development projects. Currently, he is the lead for DebriSat, a project employing laboratory-based hypervelocity impact experiments to improve satellite breakup models and space situational awareness.

Liou has authored approximately 100 technical publications, including more than 40 papers in peer-reviewed journals. He was the technical editor for the NASA Orbital Debris Quarterly News from 2003 to 2014 and served as the chief technologist for the JSC ARES Directorate from 2009 to 2014.

Liou earned a Bachelor of Science degree in physics from the National Central University in Taiwan and a Master of Science degree and doctorate in astronomy from the University of Florida. He received several major awards from Lockheed Martin; Jacobs Technology Inc., Engineering and Science Contact Group, and ERC, Inc. between 2002 and 2006; the NASA astronaut's Silver Snoopy award in 2003; the JSC Director's Commendation award in 2011; and the NASA Exceptional Engineering Achievement Medal in 2012.