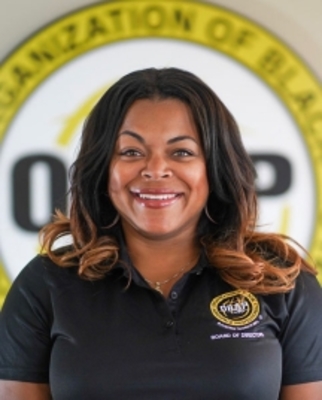 First Officer Tomica Adams grew up in Boston, MA and had dreams of being a pilot as a little girl. Those dream began on flights to Wilmington, NC from Boston, MA to visit family. On one of these flights, while also holding her breath, she became curious about what became a recurring question: “How does this pilot find the runway and land the airplane so smoothly, when just minutes prior he skimmed the water and avoided major disaster?” It was this question that birthed her interest in not only aviation, but also engineering.

With those dreams, she attended the Purdue University School of Engineering. However it did not take long for the mystique of engineering to lose its appeal becoming second to her revived interest in aviation and becoming a pilot. She packed her bags in the Midwest and headed to the Pacific Northwest. Here she enrolled at the University of Washington to continue her educational pursuits and patiently awaited admittance to a nearby Flight Technology program offered through Central Washington University. Her patience and plan proved successful and she later transferred and successfully graduated from Central Washington University in 1996.

After graduation Tomica worked to build flight time as a flight instructor while also working other part-time jobs. Then in 1999, she was hired as a demonstration pilot for Raytheon Aircraft Company, flying every civilian aircraft Beechcraft manufactured at that time. Once typed in a B400A, she transitioned to Flight Options continuing her pursuit of building flight time. In 2006, ten years later, she applied for her first major airline and was hired by Continental Airlines (now United Airlines). First Officer Adams has flown B737, B757, B767 and now the B777 while at United Airlines and currently also works to support pilot recruitment and hiring for her company.