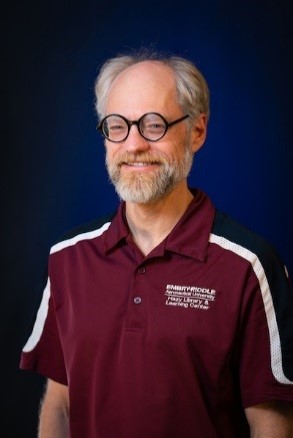 David Ehrensperger is the Scholarly Communication and Research Librarian at the Christine and Steven F. Udvar-Hazy Library & Learning at the Prescott campus of Embry-Riddle Aeronautical University. In addition to being the originator of the podcast ERAU Prescott’s Scholarly Communication Corner, his research interests vary widely, ranging from interdisciplinary scholarship and collaboration to open access/institutional repositories to ethics (both environmental and traditional) and metaphysics to emotional intelligence to the impact of artificial intelligence on society to concept of interdisciplinarity. 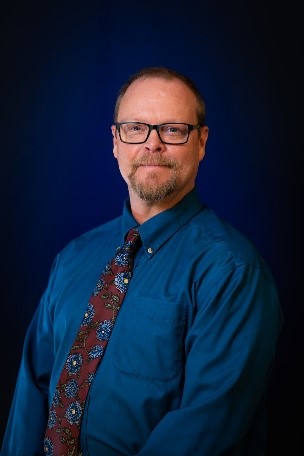 Peter Mauro Tomasovitch currently works in the ERAU Prescott Campus, Hazy Library as the Library Technologies Associate. Peter graduated from Embry-Riddle, Prescott in 1994, with a B.S. in Aeronautical Science and a Minor in Aviation Safety. As a student, Peter worked as the first student assistant to the Aviation Safety Program Manager (Dave Roy) and also completed a semester-long internship with the NTSB in the Miami field office.

After graduating, he moved to Connecticut to begin his career as a pilot where he worked for a local FBO based out of Danbury Airport (DXR) as a part-time flight and ground instructor. After flight instructing for a short time, Peter deviated from his flight path to become a graphic and web designer for LifeCare, Inc., a leader in work/life balance, where he worked as a team leader for seven years.

Peter also founded and developed www.justflightschools.com, one of the first flight school website directories in 2000, which was later purchased by www.aviationschoolsonline.com. This was one of the last aviation related works Peter completed before becoming a Police Officer in Goodyear, Arizona.

After seven years at Goodyear Police Department, where Peter was trained in Critical Incident Stress Management and Debriefing and worked on the Crisis Response Team as a Crisis Negotiator, he transferred to the Prescott Police Department where he worked patrol for 3 years.