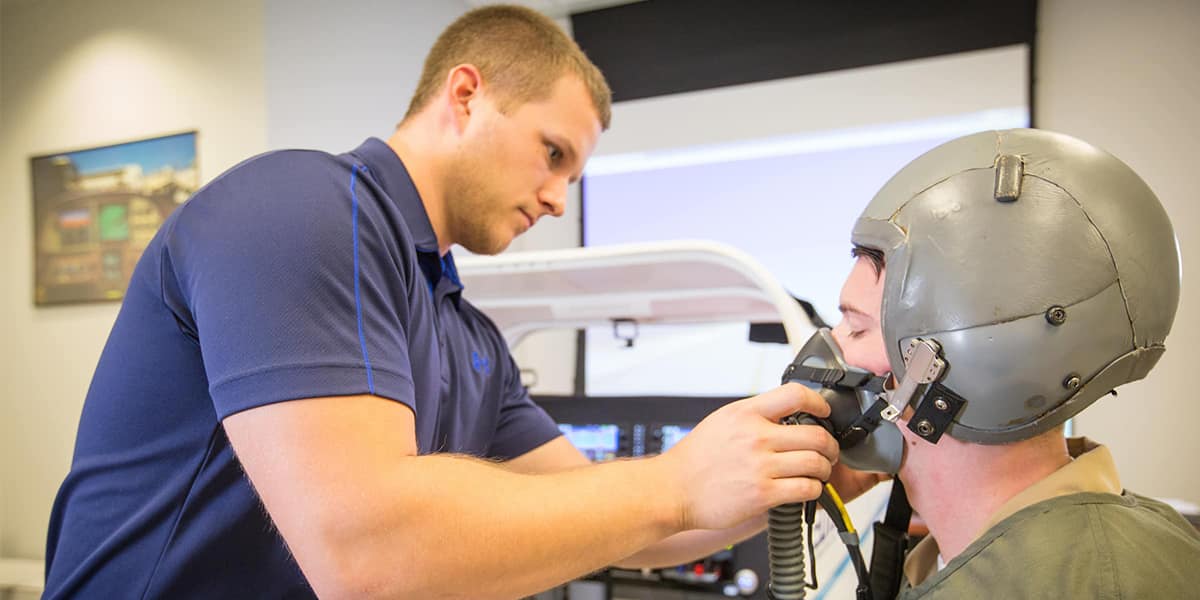 The Department of Human Factors and Behavioral Neurobiology helps students understand the interactions of humans with other elements of a system. Human Factors is concerned with the application of what we know about people, their abilities, characteristics, and limitations to the design of equipment they use, environment in which they function, and the jobs they perform.

From neuroscience to human factors psychology, Embry-Riddle is the only university in the U.S. — and possibly the world — offering a master's and a Ph.D. degree program in Human Factors as well as bachelor's degrees in Human Factors Psychology and in Aerospace Physiology.

The Effect of Combat on the Work/Rest Schedules and Fatigue of A-6 and F-14 Aviators During Operation Desert Shield/Storm, David F. Neri and Scott A. Shappell

The Effect of Combat on Aircrew Subjective Readiness and LSO Grades During Operation Desert Shield/Storm, Scott A. Shappell and David F. Neri

Use of a Commercially Available Flight Simulator During Aircrew Performance Testing, S. A. Shappell and B. J. Bartosh